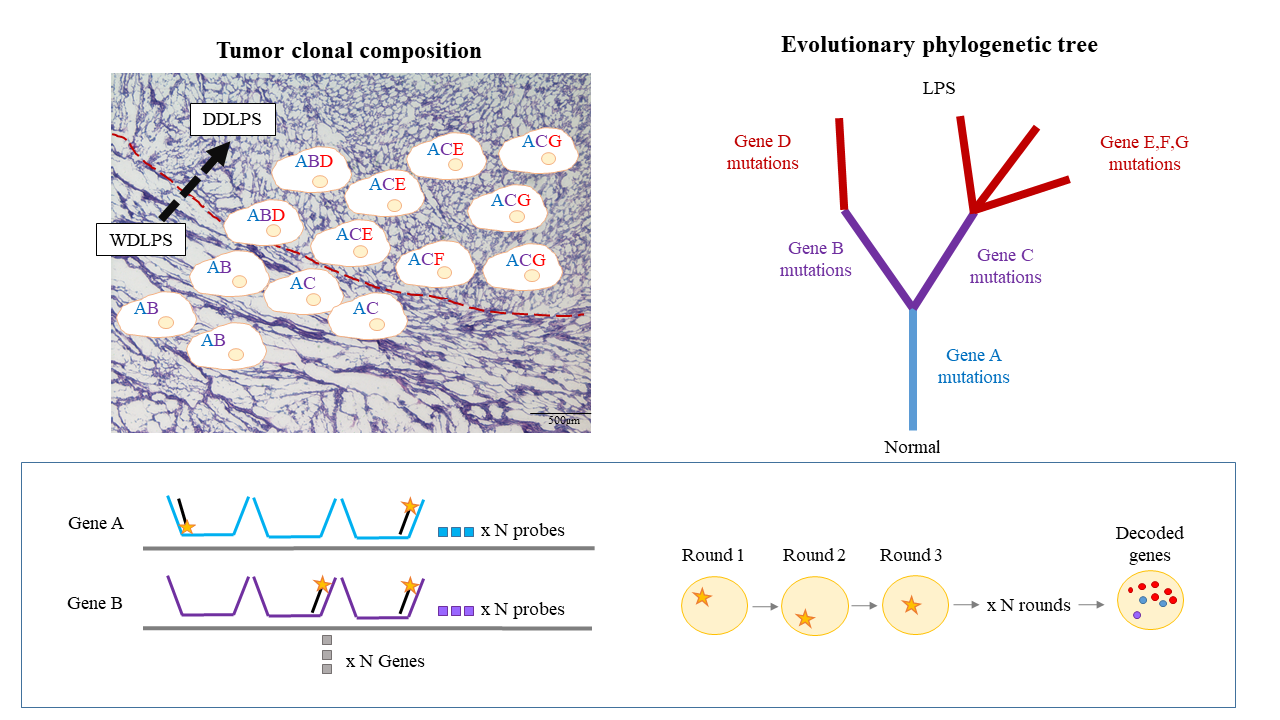 Traditional FISH methods evaluate one or two markers at a time, while RT-PCR and next-generation sequencing discards spatial information on cellular makeup. SO techniques developed in SCISSOR will create a 3-in-1 assay that streamlines existing diagnostic methods into a single convenient workflow. Spatial Omics (SO) for multiplexed detection of chromosomal aberrations, including deletion and amplification. SO compresses multiple DNA FISH assays into a single cheaper and faster workflow.Liposarcoma (LPS) is a rare malignant tumor with poor prognosis that arises in adipocytes in any part of the human body. The causes of LPS are not well understood while surgical resection is currently the mainstay treatment, due to its insensitivity to radiotherapy and chemotherapy. However, some LPS subtypes tend to recur repeatedly and have metastatic potential.

Dedifferentiated LPS (DDLPS) is less common LPS subtype and it usually arises from a Well-differentiated LPS (WDLPS). WDLPS is slow growing LPS, it can be locally aggressive but no metastatic potential, while DDLPS is faster growth, metastatic potential and local recurrence. DDLPS represents an abrupt or gradual transition from WDLPS to non-lipogenic sarcoma, which is high-grade tumor in most cases.
Tumors evolve by clonal selection during progression from initiation to metastasis. Insights into the clonal composition and evolutionary perspective of tumors are essential to understanding the biological consequences of intra-tumoral heterogeneity and genes correlated with differentiation, which may help to developing new therapy to impede cancer progression. There is some debate on whether WDLPS and DDLPS subtypes constitute a disease continuum with dedifferentiation over time or whether these LPS subtypes are two distinct and separate malignancies arising from different adipogenic-lineage cells that share certain common genetic aberrations.

Several studies using genome-wide molecular techniques have reported various degrees of genetic heterogeneity in tumor microenvironment of LPS, none of them have studied the heterogeneity of gene alterations in LPS subtypes at the single-cell level in intact tissue with the local spatial context. Spatial profiling of WDLPS and DDLPS subtypes using DNA sFISH(sequential FISH) enables multiplexed detection of chromosomal aberrations, including deletion and amplification. This spatial omics technology in combination with single cell sequencing technology enable us to further understand the biological significance of clonal dynamics from WDLPS to DDLPS. 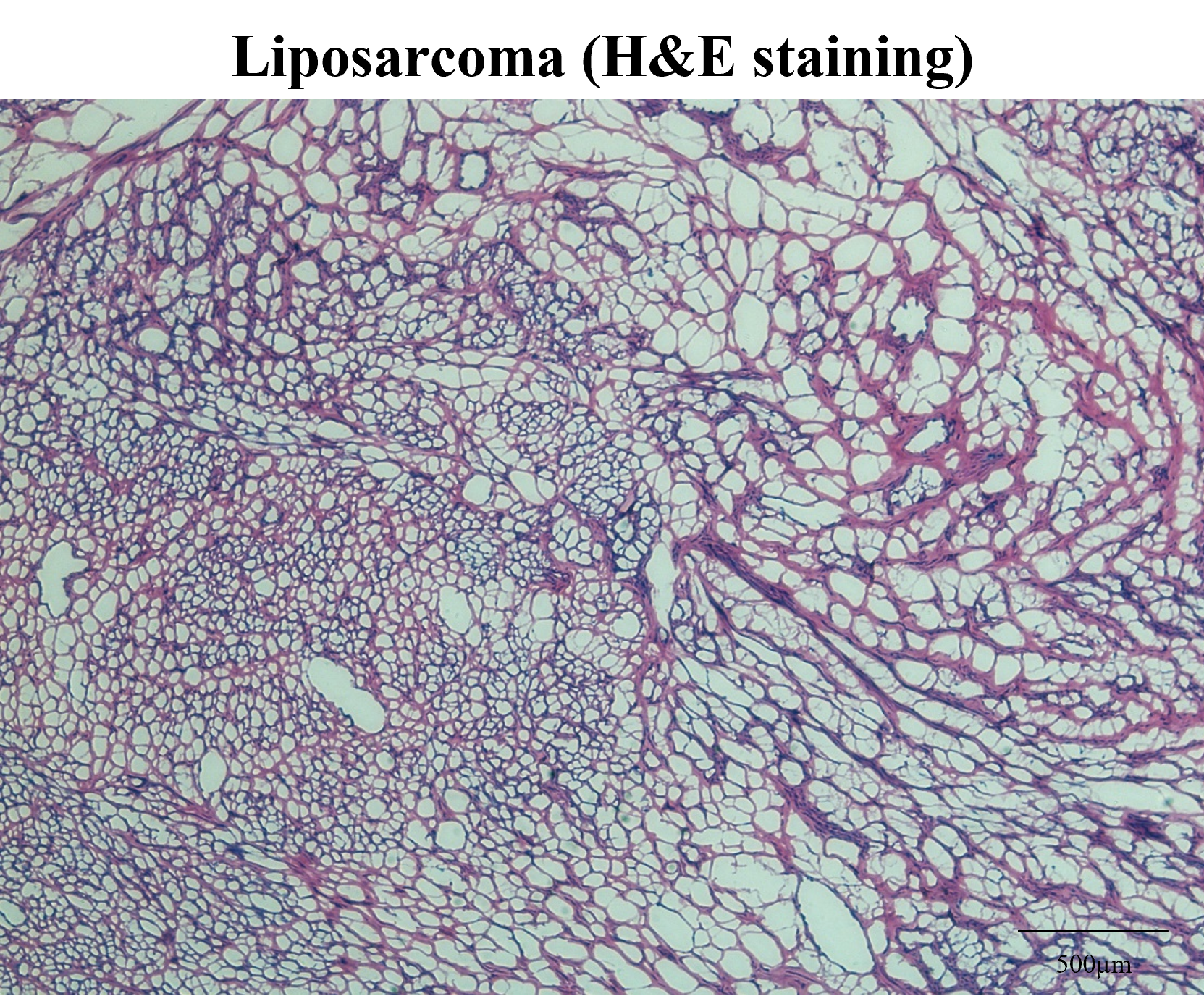 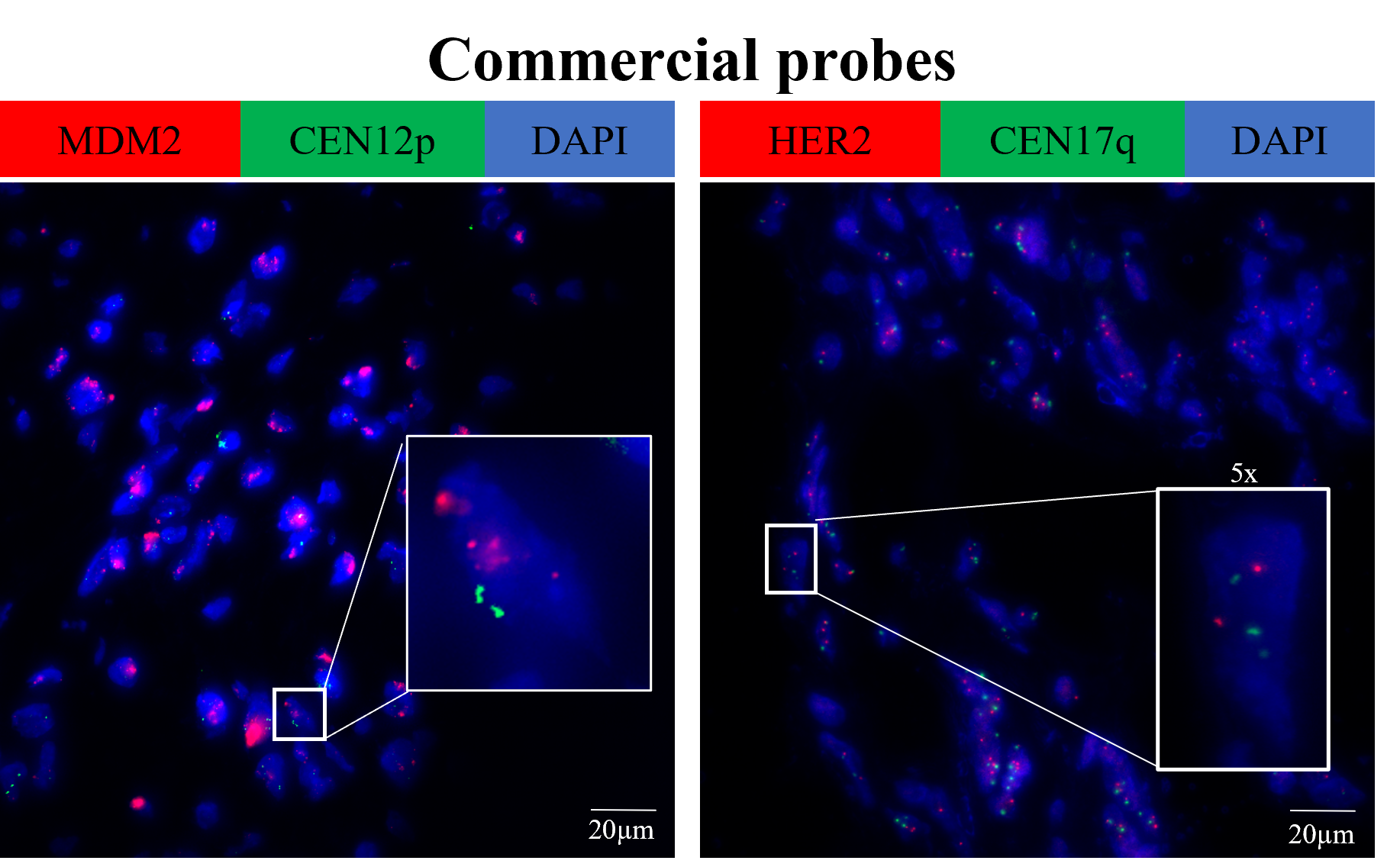 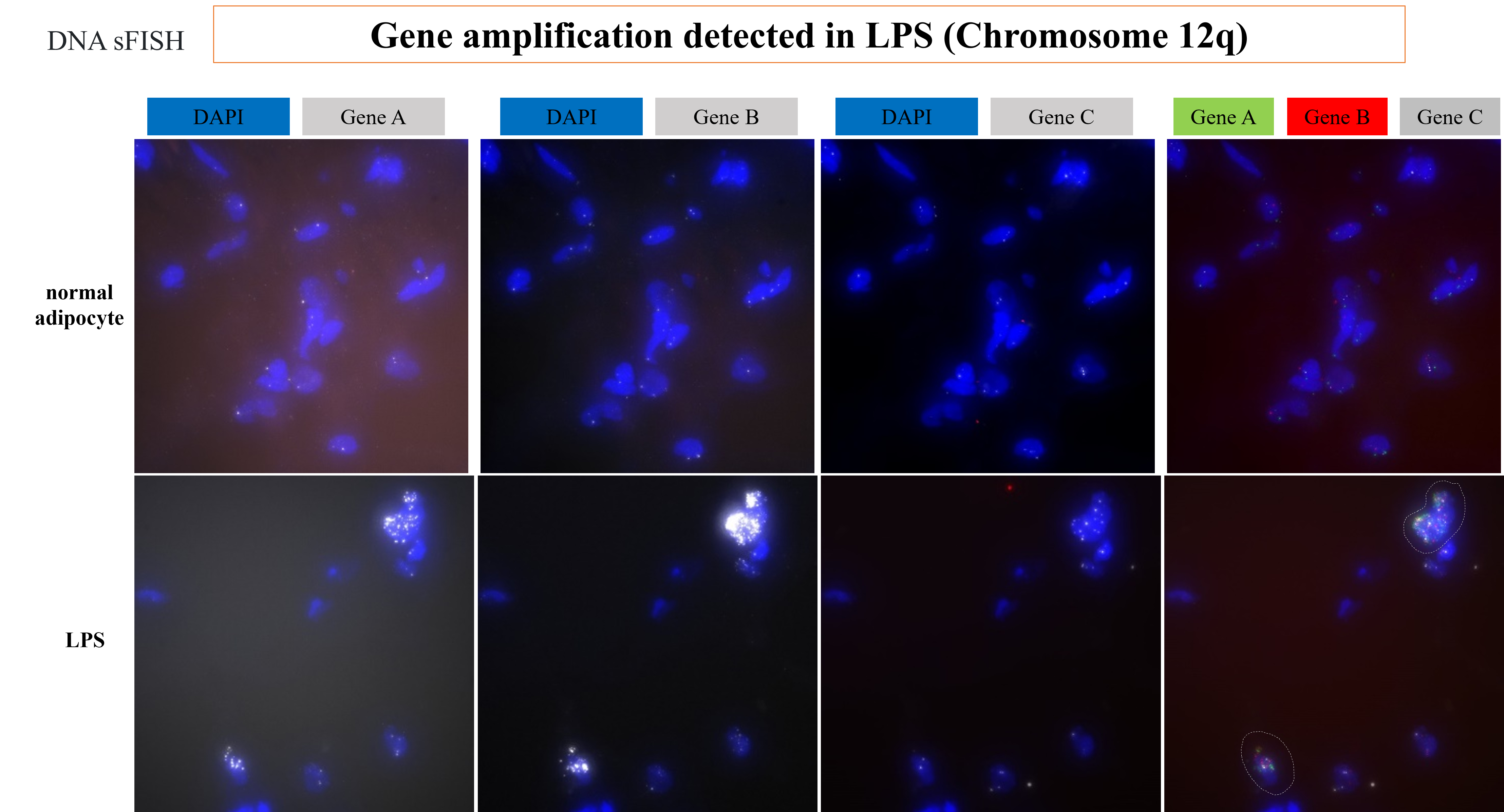 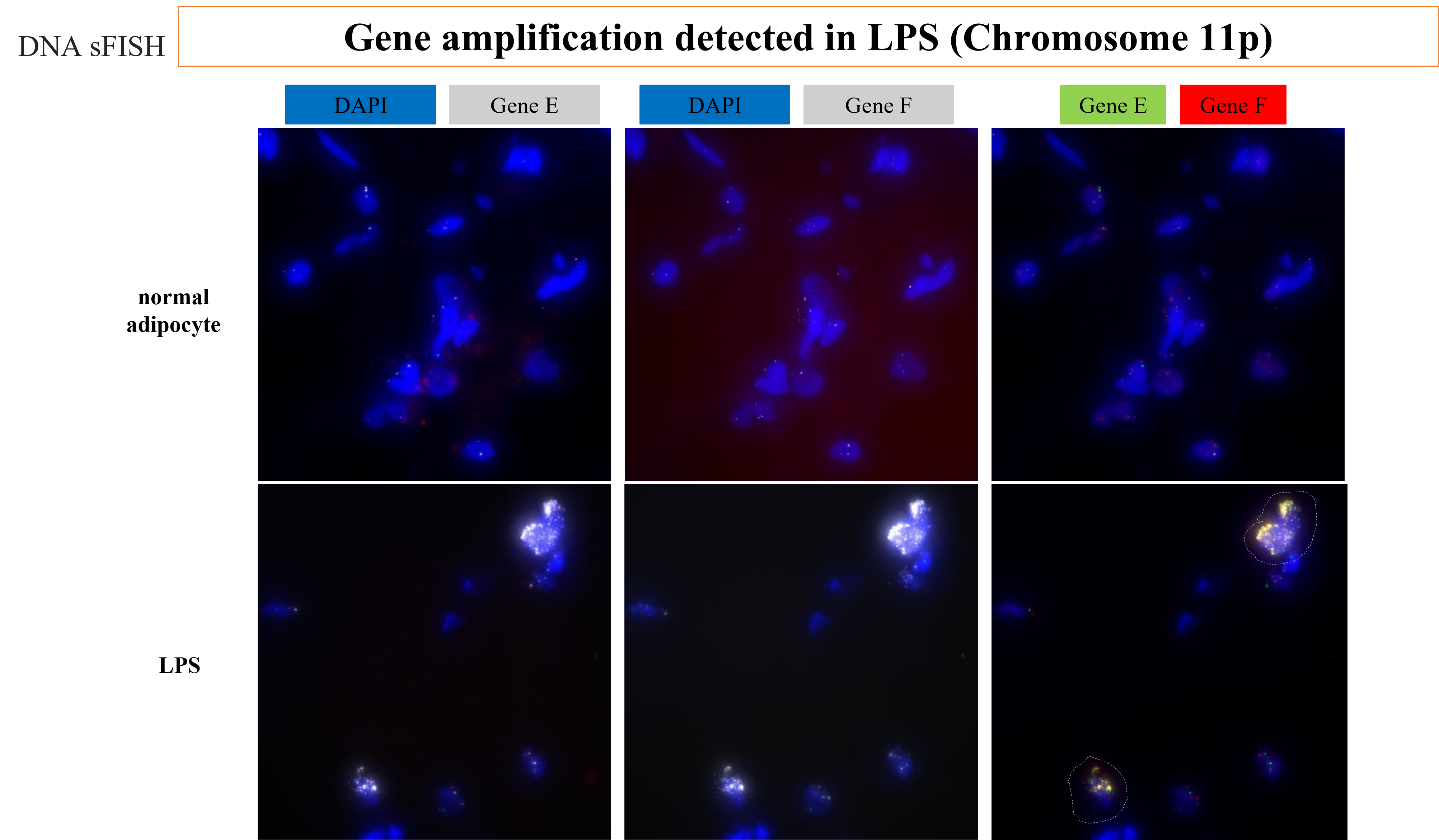